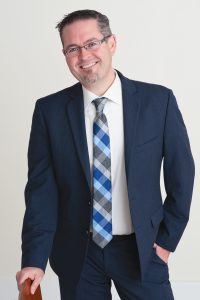 JOHN B. “JAK” REEVES became a shareholder and partner in our predecessor Law Firm, Reeves Law Firm, PLLC, in September 2004. He began his law career as a law clerk after his graduation from the University of North Carolina

Jak graduated from the University of North Carolina in 2001. He continued his education at Campbell Law School, where he graduated in 2004.

Jak is a lifelong resident of the High Country of North Carolina and graduated from Beaver Creek High School in 1997. He is married to Tamara DiVenere, with whom he became a law partner in 2017. He lives with Tamara and their sons, Trane and Theo. Jak also serves as a member of the Board of Directors for Northwest Housing Enterprises, West Jefferson ABC Board, and Ashe Services for Aging Foundation.

John B. “Jak” Reeves is an attorney in the following areas of law: